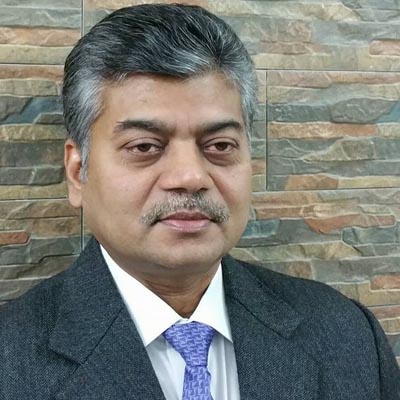 Why am I writing on this abstract topic? I have been observing for a couple of years that certain pseudo-intellectuals, secularists, Bollywood actors and actresses, media persons, TV anchors and comedians are making a fun of Hindu Dharma. They pass jokes, make comedy shows, and write satire in columns and blogs on Dharma. I think it is not their fault. In fact, it is the fault of their understanding, their upbringing and their education. They have opened their eyes in a western environment, have got their early learning in Montessori system and have been educated in leftist leanings.

This has made me to make a note of this thoughtful and philosophical topic. In fact, Dharma is not the same thing as religion. When western colonizers came to India they endeavored to map Indian traditions onto their ideas of religion so as to be able to comprehend and govern their subjects; yet the notion of dharma remained elusive. The common translation into religion is misleading. For them religion must be based on a single canon of scripture given by someone in a precisely defined historical event: involve worship of the divine who is distinct from ourselves and the cosmos; be presided over by an ordained clergyman; and use a standard set of rituals.

In India, however, Dharma did not develop like this. It has evolved through a long process of meditation, experience, and logic. In contrast with the western ideology, in India there is no record of any monarch promulgating the various Dharma-Shastras (texts of dharma for society) for any specific territory at any specific time, nor any claim that God revealed such “social laws,” or that they should be enforced by a ruler. Different Vedas, Upnishads, Smritis were created and passed on from generation to generation and were reduced in writing at a later stage of human development.

In fact when India had already developed concepts of social and moral laws the whole of the western world was in a nomadic state. They were following different set of irrational rules. Suddenly one thinker claims to have revelations and a religion is promulgated with a book. Single man's knowledge cannot be compared with the collective and evolved knowledge and wisdom. This explains western's erroneous translation of Dharma into religion.

Religion applies only to the human being and not to the entire cosmos. There is no religion of an electron, or a ray, or forces of nature or animals. Dharma covers the whole cosmos. In fact Dharma has no parallel in western lexicon. Dharma has the Sanskrit root 'dhri', which means “that which upholds” or “that without which nothing can stand”. Dharma encompasses the natural, innate behavior of things inclusive of duty and responsibility, law and ethics, morals, virtue, behaviour etc. Every entity in the cosmos has its particular Dharma. Stars and planets have their Dharma. Animals have their Dharma. Lions Dharma is to kill a prey and eat. He will not eat leaves even if he is hungry.

Dharma provides the principles for the harmonious fulfillment of all aspects of life, namely, the acquisition of wealth and power (Artha), fulfillment of desires (Kama), and liberation (Moksha). Religion, then, is only one subset of dharma’s domain. Unfortunately people from the west could not translate these concepts into their languages and hence misinterpreted them. For example to the western world Kama means sex. This is only a very conservative interpretation. Kama involves desires of a man. These desires are unlimited. Hindu Dharma therefore tells that one has to control one's Kama i.e. desire. This is Tap – penance or austerity. Similarly, Mokhsa does not simply mean to break the cycle of birth but it means that one has to rise above one's desires and liberate oneself from attachments which are the cause of worry and misery.

Since the essence of humanity is divinity, it is possible for humans to know their dharma through direct experience without any external intervention or recourse to history. In Western religions, the central law of the world and its peoples is singular and unified, and revealed and governed from above. In Hindu Dharma, the word Adharma applies to humans who fail to perform righteously; it does not mean refusal to embrace a given set of propositions as a belief system or disobedience to a set of commandments or canons.

The result of equating dharma with religion in India has been catastrophic. In the name of secularism, Dharma has been subjected to the same limits as other religions of the west. A non-religious society may still be ethical without belief in God, but an Adharmic society loses its ethical compass and falls into corruption and decadence. In a bid to compete with the so called modern thoughts and concepts, this is, unfortunately, happening in India. In Hindu Dharma, people are given a complete freedom to choose their set of rituals and deity. There is no command. It is the ethics, morals and a sense of genuine duty that Hindu Dharma upholds.

The Dharma-Shastras did not create an enforced practice but recorded existing practices. Many traditional Smritis (codified social dharma) were documenting prevailing localized customs of particular communities. An important principle was self-governance by a community from within. The Smritis do not claim to prescribe an orthodox view from the pulpit.

Unexplainable events, episodes and narratives can be found in all scriptures and faiths. Such events and narratives have to be taken in their spirit and not in their words. Those who try to condemn Hindu Dharma must peep into their faiths or in faiths that they find sound and should think as to whether everything is right at that end. One should learn tolerance, humanity, adaptability, behavior, morals, ethics etc from Hindu Dharma. Hindu Dharma is a way of life that gives complete satisfaction of being a human. Hindu Dharma always believes in sacrifice, austerity, love and devotion. It does not teach hatred and violence.

It is, therefore, necessary that one should firstly understand Hindu Dharma before making a comment. Hindus do not have a religion. They are governed by Dharma. This explains their tolerance and adaptability. Hindus believe in humanity i.e. Vasudhaiva Kutumbkam meaning – the whole earth is a family. With such great concepts and ideas the development of Hindu society took place. Hindu Dharma is the outcome of the gathered knowledge of many thousands years of human existence. It is therefore vibrant, lively, and calm but not zealous. World needs more Dharma and less religion.