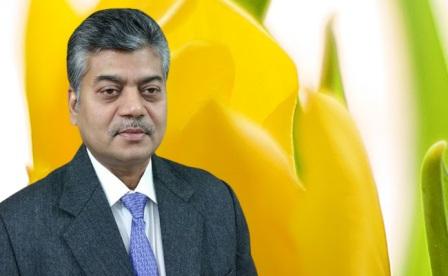 Joshimath, also known as Jyotirmath, is a city and a municipal board in Chamoli District in the Indian state of Uttarakhand. Located at a height of 6150 feet, it is a gateway to several Himalayan mountain climbing expeditions, trekking trails and pilgrim centers like Badrinath. It is home to one of the four cardinal Pīthas established by Adi Shankaracharya.

Till now this holy city has been buzzing with religious activities and tourists. Below it the river Alaknanda flows which is a main tributary of Ganges. But now Joshi Math is in great trouble. Crakes on walls, roads and ceilings speak a dangerous story of Joshi Math. Water is Seeping and tricking at different places. The source of water is still unknown.

At present, the picture of JoshiMath presents a dangerous portrait for human dwellings. Since 7 February 2021, the area was severely affected by the 2021 Uttarakhand flood and its aftermath. The town is confirmed to be sinking due to its geographic location being along a running ridge. Structures around the town developed cracks and town people had to be evacuated. The agony of its people is unimaginable. The people have to leave their homeland for human misbehavior with the nature.

The people of Joshimath are blaming and accusing NTPC project for this debacle. The ruling party and opposition parties are accusing each other for this unwarranted situation. But the fact lies that partially it is the result of ever changing face of the earth’s crust and partially it is a result of indiscriminate exploitation of natural resources. The unplanned and haphazard exploitation of whole of the Himalayas is not a new story.

With the increasing pace of development the exploitation of this area also increased. Felling of trees, mining to extract maximum, blasting and changing courses of rivers and tributaries have weakened the joints of rocks and loosened its grip with the main crust. Indeed the people of Joshimath have to pay a very heavy price for the sins committed by others. The present scenario, however, started on 7th Feb, 2021.

On this date A part of the Nanda Devi glacier broke off in Nanda Devi National Park in Uttarakhand's Chamoli district causing flash flood in Rishiganga and Dhauliganga River, devastating among others the village Rini, the Dhauliganga Dam, the Rishi Ganga dam, Tapovan Vishnugad Hydropower Plant, killing and endangering people. In the aftermath of the floods, residents began noticing cracks in homes. The local authorities classified zones within the town as "danger", "buffer" and "completely safe" areas; demolition work began on 9 January 2023.

As per the two year study of Indian Institute of Remote Sensing the area is sinking 6.5 centimeters each year. The pace of this is likely to increase with the passage of time. Thus, the dooms day of Joshimath is near. It cannot be prevented. This is Nature’s way to answer human misbehavior. The ultimate collapse of Joshimath will bring about several for reaching changes in physical features of the area. Some river tributaries may be blocked and new lakes may be formed.

Some new tributaries may be born and we may see the change in the course of some important rivers specially Alaknanda. We can also expect earthquakes of varying magnitudes in this area. It is interesting to note that everyone is watching the collapse of Joshimath with curiosity and excitement but no one is coming forward to help the people of Joshimath in their rehabilitation. A grant of a few thousand rupees may not be suffice. All political parties must come forward in the rehabilitation of these unlucky people.

The Center and the State Government should plan to build a new city to rehabilitate the people of Joshimath. Some concrete work in this direction must be taken on urgent basis. Mere discussion, accusations and lip sympathy would not do. Not only this, we have to refrain from indiscriminate exploitation of these areas. Nature should be given preference to development. It is necessary to protect our environment at all costs - even development. We have not to think of ourselves only but we have to think for our future generations as well. May the mankind learns lessons from this Nature’s wrath?